So we all know that Hill training is excellent for running, but what about for running mojo?

After the muddy goodness of my last race I finally succumbed to a cold and spent most of the week sniffling and feeling sorry for myself. A few slow plods to get my Jantastic runs done and that was it. Down in the valley of my hill training wondering where my mojo had gone.

The following week, giving myself a swift kick up the backside I went out running. 3 miles one day, then 4 miles on another, and then 10 miles on Friday. Wonderful. The sun was shining, I ran the 10 miles 5 minutes faster than last time but best of all it felt great. I wasn’t sore or stiff afterwards and I really enjoyed it. I even then popped out for a 5K sprint on Sunday which, if my Garmin hadn’t messed up the start, might have been a new (unofficial) 5K PB. I’d reached the peak, I’d scaled my Everest. Hooray for hill training.

Then came this week. Four enthusiastic miles on Monday. A day painting doors on Tuesday (I lead a very exciting life). Then the plumber turning up early on Wednesday to help the builder rip out one shower room and plumb in a new one, with the water switched off all day. I wasn’t going to hang around being sweaty all day, so that put paid to a mid week run. Today, Thursday, I’m spending the whole day killing time in Swindon waiting for a car to be serviced. No running today either (see earlier comment about hanging around being sweaty all day). However I’m spending much time in coffee shops today so maybe I could fit in a caffeine-fuelled dash later. Is that a good idea? I don’t know, but I do now know one thing about this mojo hill training thing. Unlike running where the uphills are hard and the downhills are easy, with running enthusiasm it feels easy on the way up and miserable on the way down. I never thought I’d say it, but “Bring on the uphills” in that case, say I!

I realised the other day, that since the New Year I’ve not been feeling myself.

“Who have you been feeling then, eh?” << Thought I’d get the gag in before anyone else did.

I’ve been feeling like an inferior, older, tireder and sadder version of myself. And that’s not been good. Was it the not running? I certainly felt like a different person when I wasn’t a ‘runner’ for four weeks. Maybe it was the lack of daylight and fresh air because I wasn’t running. With the atroctious weather we’ve had, some days I didn’t set foot outside the house. Maybe it was my recent birthday? I’ve never been too bothered about getting older, but this birthday did feel like standing on the platform at the top of a big playground slide, wobbling slightly before sliding down to the next ‘big birthday’. Maybe it was a hormonal thing. Perhaps it was the couple of weeks of bad sleep I seem to have had. Possibly it was because I have no new goals on the horizon, nothing big and scary to motivate me. By contrast, my husband has some big sporting challenges this year and is sickeningly enthused (and scared, truth be told). Actually I haven’t got a single race  to prepare for as I have just been feeling too old and slow. Possibly, just maybe, it’s been a combination of all of these factors. Going down with a cold last weekend seemed like the final straw.

Last week, I was fed up of feeling fed up. I felt bored, boring, tired, unfit and ready to give myself a good talking to (and a kick up the backside). After running too much too quickly a few weeks ago (which didn’t improve my mood) I decided to be sensible this time. I set off and ran just 3 times in the week, with plenty of rest in between and all at a slow easy pace. I bought some long overdue new trainers (which are scarily white, shiny and pink, Ugh!) I tried to get to bed at a better time, and resolved to make sure I was eating better with less sugary rubbish.

This week, after shaking off the cold, I feel better. I’ve run on two cold but clear mornings. I’ve had some better sleep. I’ve eaten more fruit and veg, tried to cut out the chocolate, and thought about how much protein I need. I’ve even spent several hours digging on my neglected allotment. It feels like a weight is being lifted from me, and I’m liking it.

16 miles today. They were all hard. I was dreaming of my end-of-run hot chocolate by mile 3. It was raining, my legs were tired.

At first I thought about why it was so hard. Don’t have to look too far – a Half Marathon PB on Sunday, 9.5 miles on Tuesday, 3.3 miles on Wednesday, and now 16 miles on Friday. Not surprised my legs were tired!

Then I started thinking about how these miles on tired legs were the ones that were really important in marathon training.

“These are the miles that matter” I thought, in a slightly American “Go Team Me!” style. Then I kept on thinking it, and it helped get me home again. That and the thought of the hot chocolate of course.

Our village is currently being dressed in Victorian finery for a film they’re shooting here from Saturday. I’m lucky enough to be an extra, so am swapping my Lycra for a corset, big heavy dress and jaunty hat for the next 5 days. We are guaranteed snow this weekend – in fact I passed the trailer it came in. 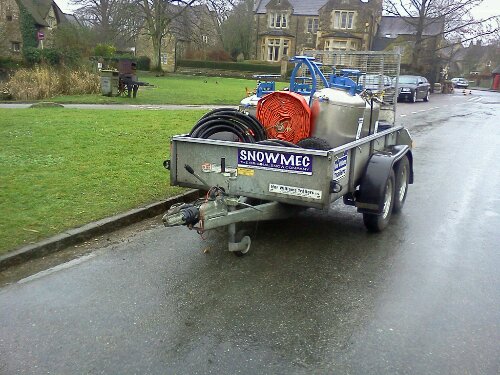 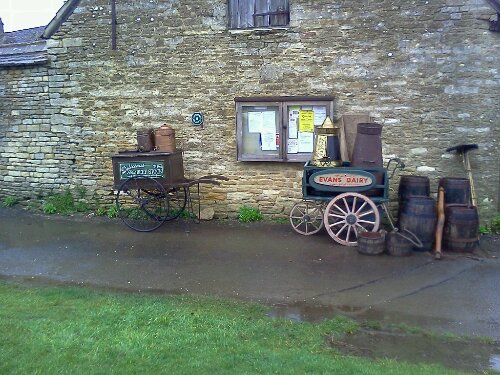 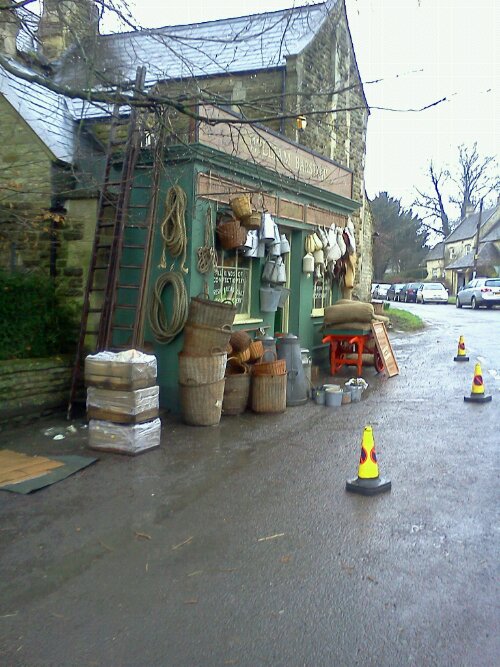 To anyone else feeling really tired on their long runs, just remember “these are the miles that matter”*

* it helps if you say this in a Rambo-esque voice

Lazy girl running: Awesome Autumn Marathon Motivation: Running a half or full marathon this Autumn or thinking about it? Want some company training and an extra kick up the backside when it gets tough? Well step this way because I’ve got something you might just like…

I’ve been following the ‘Lazy Girl Running‘ blog for a while now (and she doesn’t sound at all lazy to me!) I’ve just signed up to her ‘Awesome Autumn Marathon Motivation’ e-mails to prepare for my 2 half marathons in October. Hopefully will be good motivation! I’ll let you know ….