I am feeling very smug, as I’m on holiday and I still got up for parkrun. Truth be told if I’d known it was quite such a hilly course I might not have bothered.

Lanhydrock parkrun is set in the grounds of a very fine National Trust house in mid Cornwall. It was a warm sunny morning as I arrived and used my time honoured technique of ‘following the crowd’ in order to find the excellent National Trust toilets, and then the start. Chatting with some locals I learnt that the second half of the course is all uphill, including the final climb they referred to as “heart attack hill”. Fortunately I also learnt it was a one lap course.

A blast of vuvuzelas sent us thundering down the grassy slope towards Lanhydrock house. With a brief sideways glance at the house we entered the woods and started climbing.

The course is beautiful. Partly on tarmac, and mostly on trails with some grass, it winds through the woods down to the river. This was my favourite part, but sadly it didn’t last long before we were heading uphill again. I was determined not to walk, and succeeding, until the final hill when a man in front of me started walking. It was impossible not to stop at that point. The spur to run again came when I realised that the cows I thought I could see in the field next to the path were actually on the side of the path – no fence!

There was a great downhill sprint to the finish, but most people seemed too shattered for much speed at this point. I staggered over the line in 29:34 which isn’t a parkrun PW but is pretty close.

I then decided that seeing as the National Trust tearooms open especially early on a Saturday I really ought to go and sample their wares. Mmmmm. Happy holidays all!

On my run down through a field today I spotted two signs, one on either side of the footpath both in a crop. Being nosey of course I had to stop and read them.

Of all the ways to get people to keep their dogs out of the crops, I thought this was brilliant. Self interest is a very powerful motivator!

Oh and for a quick kitten fix, these were my little cheerleaders seeing me off on my run today:- 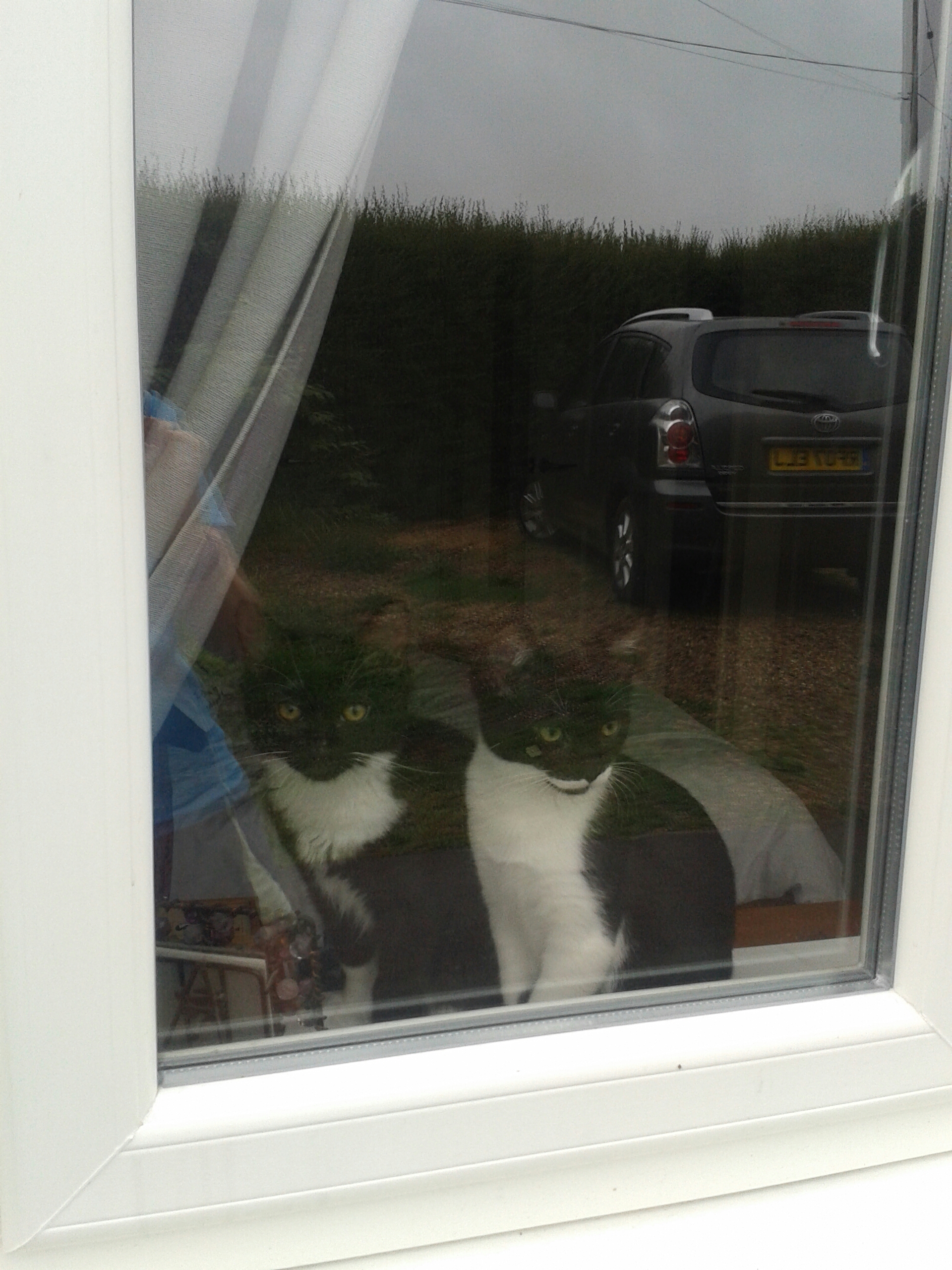 I ran on Friday around my village, a very small and quiet Wiltshire village that often feels a million miles away from the modern age (my teenagers agree with me). It’s a unique place, a place of beautiful sunsets and traffic jams involving ducks crossing the road. It is hard to imagine anything bad happening here, and yet on Friday the long arm of international terrorism reached down into this little sanctuary. The awful news about the shootings in Tunisia was shocking enough, but to learn that a lady from our village, and her partner, were amongst the victims was almost unbelievable.

I stopped off on my run in the church and signed the books of condolences. Was it disrespectful that I was in running gear? I don’t think so. Eileen had always been a big supporter of our village sports teams and the village hall so I felt it was highly appropriate.

On my run I thought about how we never know what is around the corner in life, and we cannot know when our time is up. I am sending love and sympathy to Eileen and John’s family and friends and I can’t help but feel a lesson to be taken from this tragedy is to live every moment to the full and to enjoy life.