White Star Running events are legendary in this part of the world. Off road trail races, in beautiful countryside, organised with a light touch of madness, and notoriously hard. Distances are in “country miles” with one last-minute-rerouted half marathon coming in last year at 16 miles!* The Dorset Invader races took place in the last weekend of May, based on a farm in the deepest darkest part of Dorset. A weekend of camping and running (and eating if you were in my party!).

On Sunday morning, I got up to see the marathoners set off. They were to do 2 laps of the course, whilst the half-ers were only doing 1. I scared myself doing this, because these runners all looked super organised and extremely well prepared (and incredible fit) with running poles, hydration vests and muscles. When I turned up for our start, two hours later, I felt reassured- here were my people! Still looking prepared but also looking like they were prepared for a fun trip through the countryside.

I was running with my running buddy Liz, who had been signed up for the marathon but was still feeling very tired after her previous marathon so had decided to drop down to the half. We squeezed in towards the back and with very little ceremony were off. 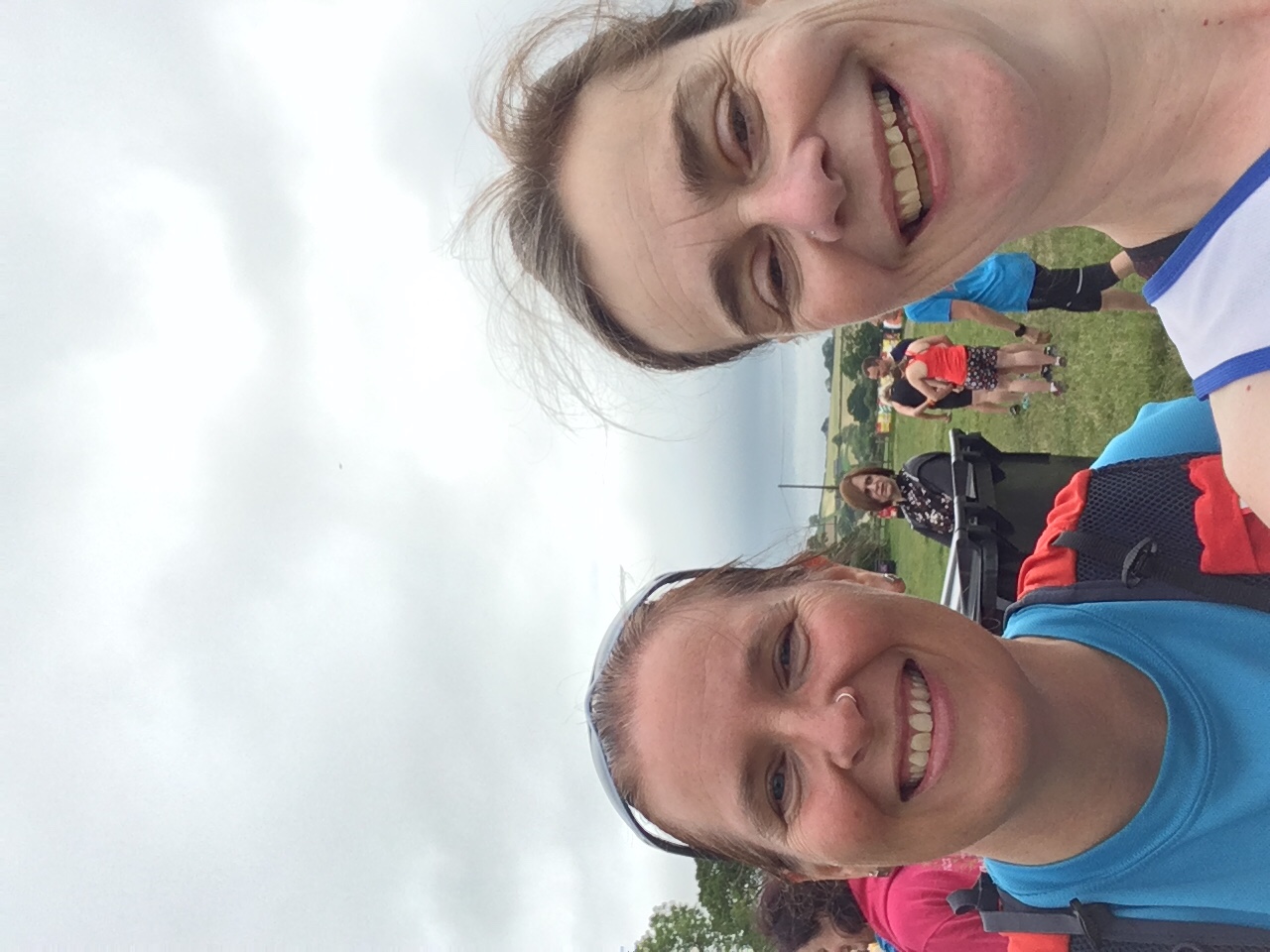 Dorset is hilly. Dorset is REALLY hilly. I don’t think we had any level ground at all – it was all either up or (you guessed it) down. We were sent up the second highest hill in the county and then – yes you guessed it again – up the highest. Fortunately it was so pretty, and the views spectacular from the top, that I’ve almost forgiven them.

As well as the hills and the views of course we encountered cows. As a line of runners carefully trouped through a field, the bullocks were all gather in one corner at the top of the field watching us. We made our way past them without incident (no bogs to fall in) and climbed over a massive gate into a farmyard. We breathed a sigh of relief at braving the bovines, then a runner behind us pointed out that the cows had been hiding the sign showing us a different stile and the correct route out of the field. Sneaky!

Whilst leading the way through a wood, Liz suddenly shouted out. On the path in front of us was a slowworm. It’s very rare to see one of these, so I quickly took a photo before we encouraged it off the path into the safety of the undergrowth. 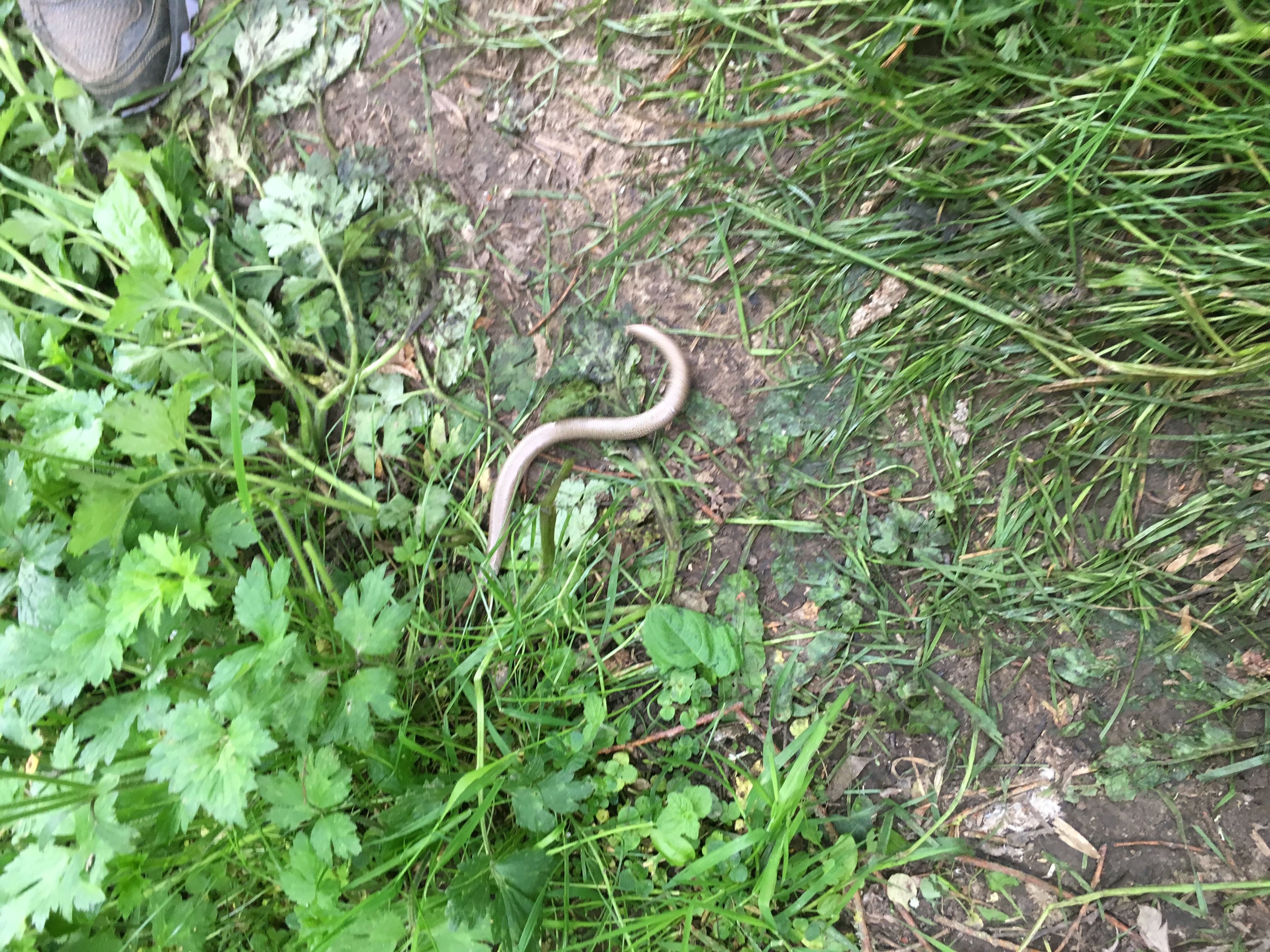 Apparently some people can run past the official photographer without acting up for the camera. Apparently I’m not one of those people 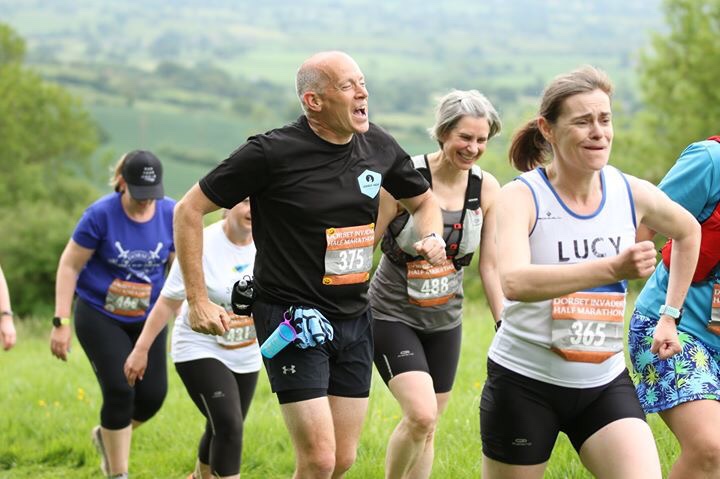 Of course we finished this tough course – we’re tough (if rather tired) women. It was definitely a PW for me, but that wasn’t really the point of this race. The bling at the end – that’s what it’s about. A medal, a pint glass and a drink to put in it – what’s not to like!

Oh – it was also about exploring an amazing part of the world, and about running with a friend both encouraging and in turn being encouraged. Liz told me that she was so glad she wasn’t doing the marathon approximately every 10 minutes or so, and being a good running buddy I didn’t tell her to shut up. (Truthfully, I really enjoyed running with Liz – although we both love our running and take it seriously, we don’t take ourselves too seriously). She’s a perfect running partner! 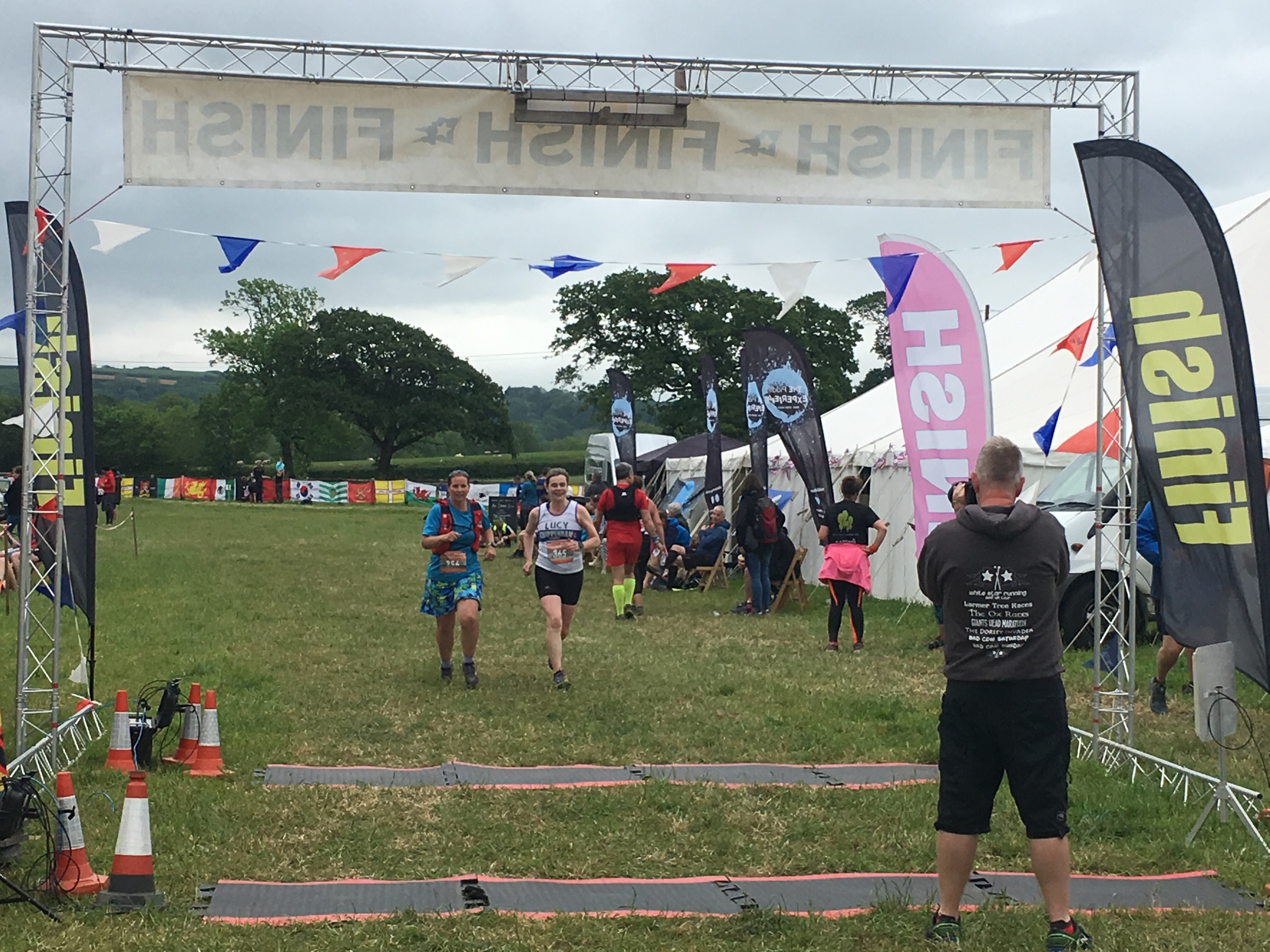 It was brilliant, and as soon as I can feel my legs again I’ll be back out in our Wiltshire countryside.

One thought on “Dorset Invader Half Marathon 2019”