Happy New Year to you all! Hopefully everyone is happy and healthy, and raring to go in 2017. Now don’t worry, I’m not going to do a long “Review of 2016” (I think the moment for that has passed), but I am going to have a quick backward glance over my shouder, and then blow my own trumpet just briefly.

I started the year injured and grumpy. I spent half the year still injured and grumpy. By the autumn I began entering off road races because I love them (and they’re easier on my foot), met up with lots of other Chippenham Harriers and rediscovered my love of running. I learnt how to swim front crawl, and now need to work on completing more than a length at a time. I got out more on my road bike, and completed the Coffeeneuring Challenge of 2016. 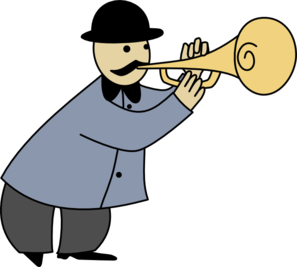 As at the end of 2016, after running in 4 races in the Wiltshire Athletic Association Off Road League I found myself currently 3rd in the ladies league (out of 90 runners), and first in my age group! This is glossing over the fact I actually came last in the tri-counties XC race – that was a hard slog! Just two more races in the league to go, so keep your fingers crossed for me. I’m dreaming of trophies (no idea if they actually give out trophies, but don’t shatter my dreams just yet).

Oh, and Chippenham Harriers are leading both the Mens and Ladies Team competitions as well. Toot toot!

The last day of 2016 started with parkrun. A lovely atmosphere there, despite the drizzle and slippy mud. The new year started with volunteering at the same parkrun, not easy in torrential rain and with more runners than I’ve ever seen there (but not quite a record apparently!) My first lesson of 2017 was that the bar code scanners don’t work well in the cold and wet. My second was that some people don’t deserve a free run totally staffed by volunteers. I mean, we were all getting cold, wet and frustrated that the scanners weren’t working, but to throw your soggy paper bar code and finisher’s token at me shouting “Oh just take it then!” isn’t on really, is it?

Anyway, enough wandering down memory lane. Today I’ve run* my first parkrun of the year, last week I made it to my first ‘Efforts’ session of the year (probably my first since 2015), and I’m planning on going to my first swimming lesson of 2017 on Monday. Bring it on, 2017, I’m ready for you!